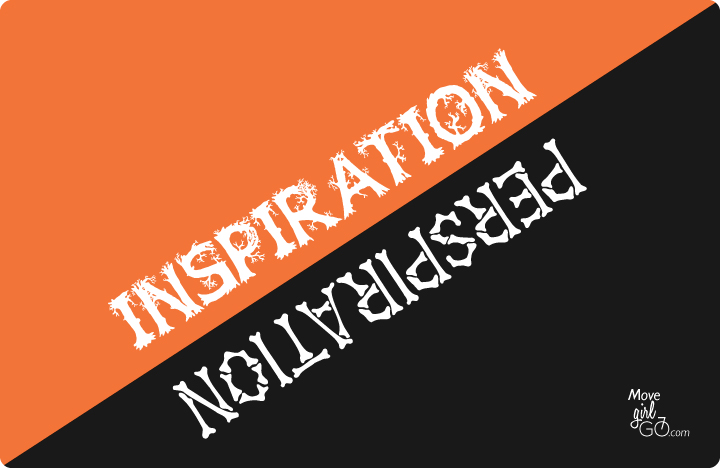 Halloween’s Not for the Faint of Heart

St. Swartz: Children disguised as monsters, superheroes, Disney princesses, insects and all number of t.v. and movie characters- walking about neighborhoods with one solid purpose; harassing good citizens in their homes for sweets. Halloween is absurd. When my boys were très small it was established that I was uncomfortable monitoring them on the neighborhood walk about. Lurking in shrubberies while they plied their good manners on hapless conformists (those with their lights on) was a tense exercise for me, I performed it once and foisted all future Halloween gad abouts on my husband. I, in turn would dole out the sweets. 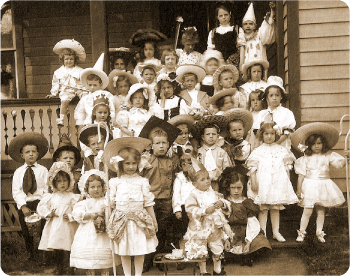 I help with costume prep and I buy the sweets. We love chocolate in this home so we always hand out the good stuff- can’t hand out rubbish that we wouldn’t enjoy ourselves, that would be effed up and cheap. Mini snickers, reeces, almond joy, butterfingers, Babe Ruth’s, twix, m&ms and one year I scored on a bundle of pixie stix- sugar in a tube- genius!!! I sit on my stoep and drink coronas and hand out sweets. The cerveza was an addition some years back that was brought about when handing out treats to kids when we lived in Sicily-in base housing. Sicilians don’t trick or treat, this event is an American absurdity- the boys dressed up as vampire punk rockers and my friend busted out beer for us when they left us behind.

The boys are not interested in trick or treating anymore and personally I think that they are too old for it. This year I’m going out. I’m Chong to a Cheech, and we are going to a club. Cheech told me last night not to worry- we’ll go out for a little bit, do some shots, dance a while and be home by midnight. So this Halloween I’ll be a man, bearded and chill- sounds monstrous- maybe I’ll hit on girls, Trick or Treat?

A Mixed Bag of Treats

Ms. Bockle: There are a couple reasons I’ve got a favourite Halloween that stands out as better than the rest.

One reason is that for most of the years my children were growing up, we lived in Zimbabwe, where Halloween may be referred to, but hardly celebrated. We were spared decorating, wearing and parading in costumes and trick-or-treating. 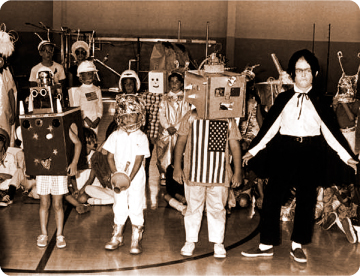 However, there were two years we were stateside in October and couldn’t avoid it. Halloween sort of crept up on me and caught me unawares— I had a last-minute scramble to find costumes for my two school-aged children, so that they could participate in the school parade. Nothing much was left on store shelves except for ghost and witch outfits. My son became a ghost and my older daughter was a witch—wearing the most hideous mask I’ve ever seen. When I saw her walking in the parade, she looked over at me—and I saw right through that nasty scary mask that she was extremely unhappy.

That brings me to the best Halloween ever. Not to be caught unawares, I started making plans well in advance after the ghost/witch blunder. I was not going to have my children (now three of them in school) wearing frightful costumes, or anything connected with the underworld. Daughter #1 became a clown, complete with a rainbow wig, blousey pants and rosy cheeks. My son was an ewok: I made him a tan-coloured head to foot body suit out of soft tee shirt material and constructed some sort of hairy mask—so that he could be an ewok. Most people mistook him for a lion, but that’s still good. Daughter #2 was a rabbit, with a pink pajama-type suit and a mask with bunny ears. (Great part of the latter two costumes was that they could wear their costumes as pajamas.)

That night when it came time to go trick or treating, it was dark and chilly. The ewok and rabbit were insulated against the cold, but the clown—not so much. We made it around one block before we had to give in to the weather and head for home. That night it snowed.

I’ve never asked my kids if they enjoyed that Halloween experience—or asked them for a comparative analysis between years. Now f you ask them their opinions of the ‘holiday’, you may receive a mixed bag of reviews. It was my favourite cuz I was guilt-free. We soon returned to Zimbabwe and my Halloween worries ended, phew.

Myself as a child? I remember one year when I went far and wide collecting candy—trick or treated in my hobo outfit and visited neighbourhoods I’d never seen before nor since—got a glut load of candy. 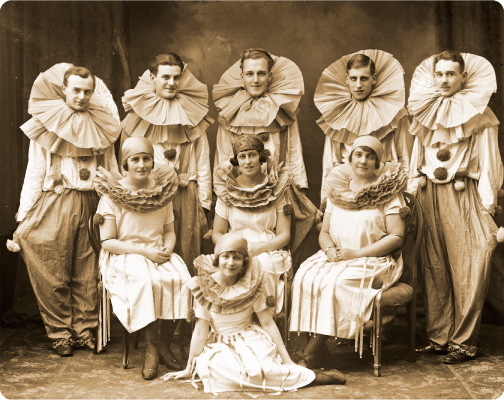 Now? I don’t find much endearing about the whole deal. I heard recently that Halloween is the second largest money-making holiday in the U.S. Hardly surprising with the cost of decorating, costumes, haunted house/tunnel of horror events, parties and candy—but still: surprising that people get sucked into the whole scenario without questioning its value or meaning in our lives. All in the name of entertainment? Keeping our children amused? Not really: it’s turning into more of an adult holiday.

And this year? I bought a small bag of candy, but plan to keep the lights down low in the hopes that people won’t even realize that someone lives here.

Just for the Thrill of it, Halloween

LaFitterina: I have very good childhood Halloween memories of dressing up and trick-or-treating. Probably the best costume of all was my first one: a pink clown get-up sewn by my mother, which I wore multiple years until I grew out of it. 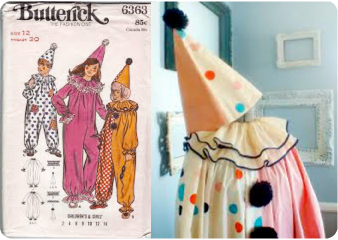 The prospect of getting free Halloween candy was (and still is) thrilling. At the peak trick-or-treating time, about 8 PM, our neighborhood was teeming with kids crossing the street back and forth, trying to maximize their haul. I was impressed that our next-door neighbors gave out full-size Hershey bars. I was not so impressed when a neighbor down the street responded to our enthusiastic ‘Trick-or-Treat!” with a very bored “yeah,yeah,yeah” and presented us with icky bridge sticks. 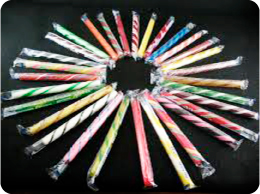 As far as eating all that Halloween candy, I have no specific memories, except that my mother called dibs on the Almond Joys and Heath Bars. Happy Halloween!

Mizzfit: I found this tricked out info-graphic and since I have no Halloween stories to share, let’s just look at some sweet facts…