It’s hard to pick a favourite quote from the readings of Nelson Mandela. He not only had loads of wise and wonderful things to say: his actions spoke as loudly, or even louder than his words. Thankfully, many of his words were written down, and his actions will not be forgotten.

Here are two different quotes that I’m putting back to back: 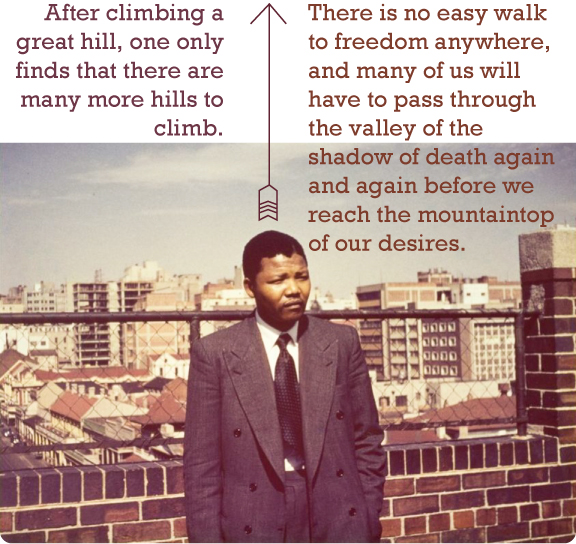 At least Nelson Mandela was optimistic enough to believe in humanity in just the right dose, to keep persevering and leading his great country through some perilous times. We all can follow his example with the struggles that come our way, always keeping in mind the mountain top that awaits.