I don’t articulate my feelings about music very often, since I seem outside the norm on that score (pardon the pun). Music generally makes me nervous and anxious — the opposite effect for most people. I like to keep the house music-free and pretty much noise-free, except for evening TV-viewing. Occasionally I’ll play what I call ‘trance’ music while I’m working in my Studio (but even that can be distracting and annoying). And, I do admit to liking Christmas music playing during the Holidays.

When I go into a store, and the background music is not to my taste, I high-tail it out of there — I suspect this probably isn’t an unusual trait, although I haven’t heard it talked about much. On the other hand, when they’re playing a good oldie like Otis Redding — ‘I’m sittin’ on the dock of the bay / Watchin’ the tide roll away, ooh / I’m just sittin’ on the dock of the bay / Wastin’ time . . . ’ — my mood brightens and I end up humming it for the rest of the day. 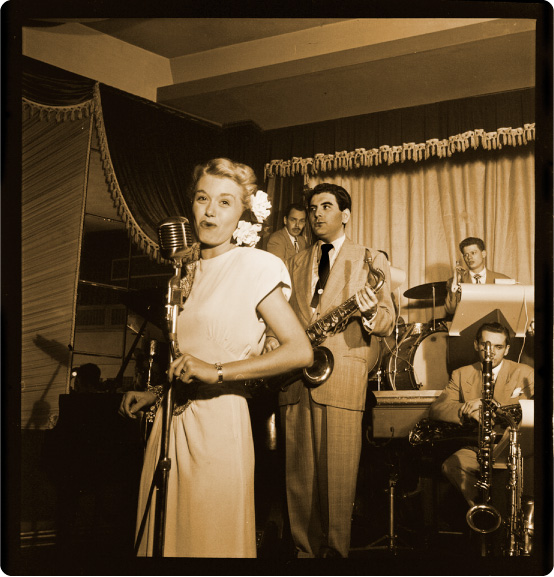 Awhile back, I was in the habit of using my iPod during solo workouts at the gym, but then I realized it was isolating me and that I needed to be more friendly and open to the people around me, without the barrier of earbuds stuck in my head. People hesitate to say something to you when you’re lost in a private musicworld. And, it’s awkward to try to fumble those buggers out of your ear before you can start a decent repartee.

Okay, now that I’ve set the record straight on all the above, I’ll do an about-face and insist that music is an absolute must during an exercise class, of course! My primo classes are the the ones meeting a rigorous music rating system: Is the music inspiring/enjoyable? Is the volume tolerable? (I hate having to run back to my locker for earplugs . . . ) Appropriate genre for the type of class? Does the instructor have a good sense of rhythm and keep to the beat? Nice soothing cool-down music at the end?

So, yes, as far as exercise classes, I agree with Confucius:- 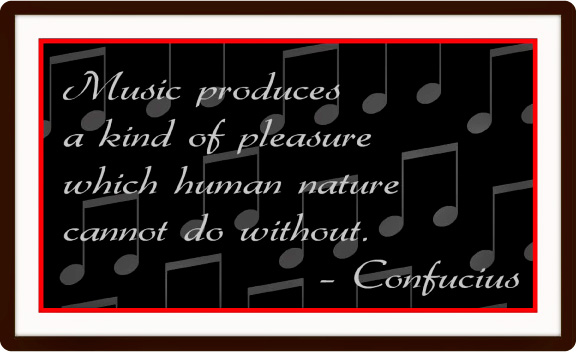