This Summer has lingered well into October, with our temps being in the 90’s lately, so it’s a good time to share some Summer-time first-time experiences. These firsts are related to exercise, nutrition, and body fat, making them relevant to MoveGirlGO:

# 1 – Started Taking a Bollywood Class
In mid-Summer, a new Bollywood dance class was added to my Gym’s schedule. I doubted that this would appeal to me, but decided to give it a try. It turned out to be a great dance-cardio workout. The instructor was talented, charismatic, easy-to-follow and easy-on-the-eyes. I found myself humming the music for days after the class. Now Bollywood is part of my weekly routine. 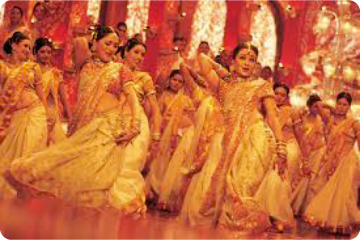 #2 – Growing Wheatgrass and Making Wheatgrass Juice
I decided to make my own Wheatgrass juice, and read various ‘how-to’ articles about sprouting and growing Wheatgrass. To briefly recap: I germinated 2 cups of wheatberries by soaking them and then keeping them moist until they had 1/2” roots (3-1/2 days). Spread the sprouts in a tray of organic potting mix and watered 2x daily. The Wheatgrass metamorphosed into something different almost every day, and harvesting took place on Day 10. This was a lot of work, and made me realize why Wheatgrass Shots aren’t cheap!

It took awhile to research how to turn my homegrown Wheatgrass into homemade Wheatgrass Juice. After borrowing a Jack LaLanne juicer, I found that it isn’t designed for Wheatgrass, and that many other people discover this only after forking over $100+. Found a video showing how I could use my Vitamix. Put a big bunch of homegrown Wheatgrass and a handful of spinach leaves into the Vitamix along with fresh pineapple juice, coconut milk, and water, and whirred it into a bright green slush. Strained it, pressing out the juice with the back of a spatula. Made about 8 oz. — I drank half and froze the rest in a glass for the next morning. Very Tasty!

#3 – Buying and BBQ-ing Sturgeon
I’d never visited 99 Ranch Market — it’s different from usual groceries, and altogether awesome in many ways. The fresh fish counter was better than going to Seattle’s Pike Place. I opted for Sturgeon steaks which I’d never tried before. How to cook it was a complete mystery to me, when I asked the man behind the counter for advice, he said to “cook it like other fish”. 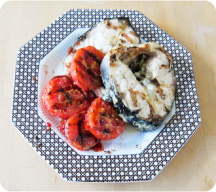 Luckily, I stumbled on a simple recipe: slather it with a marinade of mayo, garlic, mustard, pepper, vinegar, and sugar, let it sit for awhile, then grill it on high for 4 min. per side. It turned out surprisingly well, and I was proud of BBQ-ing it solo which I’d only attempted once before. By the end of Summer I was pretty good at BBQ-ing.

#4 – Minor Surgery/Fat Blob Removal
For decades, I’ve had fatty tissue blobs (technically called fatty lipoma) — one in the crook of my left arm and another at the top of my right leg. Multiple doctors told me that these are harmless. Apparently, they’re very common in dogs (reassuring and insulting at the same time). I’ve gone to 3 different surgeons over the years, and finally decided to have them removed this Summer. Turned out to be an easy in-office procedure, requiring just local numbing and little more than an hour from arrival to departure. The doc was amused that I insisted on taking this ‘selfie’. 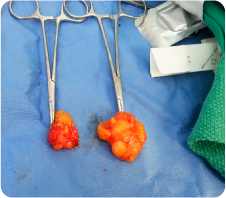