The number one problem for me is how divisive religious whims exert influence on the different aspects of government. Right now, religion and politics—as spooned out by the media—are polarizing our communities into judgmental enclaves. It’s difficult for me, when viewing the fanatic extremists, to not become just as opinionated and intolerant. SOLUTION? Well, instead of becoming just as extreme, or so alarmed as to be rendered totally useless, I stopped watching or listening to the news, as it sent me into a negative spiral. 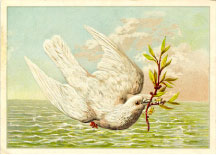 My gripe? The never-ending wars dating back to the dawn of time. Mankind has sort of sat back and accepted armed conflict as a given, like there’s no other way of solving a crisis. SOLUTION? We need to focus on being instruments of peace. If we can’t, then what is the point of having evolved into this intelligent species? Isn’t it time to use our creative energies to come up with an alternative to war? Which leads to this: educate people, starting with very young children, teaching them to begin using their kind words and the gift of communication to solve conflicts with each other. We need to believe in our ability to build kindness, concern and a sense of caring within our families, neighbourhoods and communities.

There is overwhelming evidence that corporations and the wealthy few are the absolute power in this country and the world—so much so that people despair over their own strength to enact a change, even over their own lives. SOLUTION? Look to our own realms of influence and free ourselves from the idea that we’re powerless.

We have choices, so let’s use them to:
a) Do everything we can that requires little $$$–walk, cycle, garden, converse with friends and neighbours. b) Find out which corporations cause the most political and environmental harm and boycott their products. c) Become involved with different groups whose aim is to clean up parks, rivers and oceans. My solutions might sound like feeble efforts, but they cost nothing and in the long run we might be catalysts for change.

Traffic. Enough said. SOLUTION? Try car-pooling or using public transportation, walking to the store or library and shopping at your local farmers’ market. Also, if possible, trying to live closer to where you work. 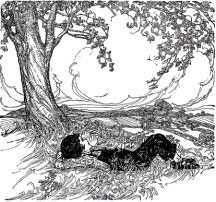 The influence of the Internet and modern technology is thrilling for many—with its short cuts to information and instant connections to multiple friends simultaneously. It even reaches into the lives of children, keeping them off the streets and safe at home in front of their electronic devices. Hold it and back up. The consequence of becoming one with your ipad/laptop/smart phone comes with a price not calculated at your local gadget store. People are losing their ability to think and communicate in complete sentences—written or oral. Eye contact will soon be a dying art. Children aren’t out with their friends playing baseball and tag—and the result? Muscles turning to flab before the age of 9, a lack of social skills, and no clue what teamwork means. (hmmm, same problem with adults) SOLUTION? Limits. CHALLENGE: Go 24 hours without electronic devices—and social media. Then try for 48 hours. And in the interim, use that time to write a letter, visit a neighbour or friend, or curl up and read a book — with real paper pages.