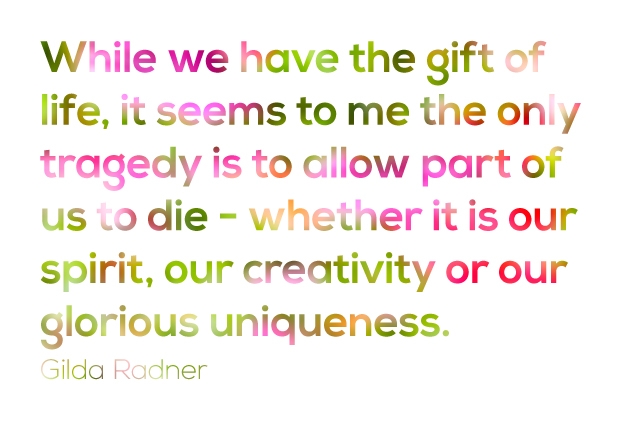 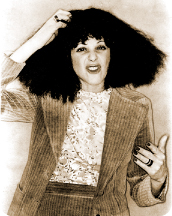 Gilda Radner was a kick-ass comedian who started her career in the mid 1970s, had her own comedy shows, worked on Saturday Night Live and on Broadway, starred in multiple films and wrote a memoir about her battle with cancer – and oh yeah, was married to Gene Wilder. She was the first of her kind and is an inspiration to all contemporary female comedians and outlandish folks everywhere. So, while we’re all preparing and then chowing down on our Thanksgiving dinners, and making our gratitude lists I thought we could keep her good words in mind. Thanks, Ms. Radner.