This week’s theme of women having the right to vote got me thinking about how much the simple act of choosing our leaders is now taken for granted. So I did some research on the Suffragette movement, and became aware–again–of what so many women suffered through in order to achieve the right to vote. Recorded history has it that the process began in 1792, and only became reality in the USA with the passage of the 19th amendment in 1920, and later in Britain in 1928.

Women on both sides of the Atlantic went through the same struggles for over a century–so what can we do, now that we’re reaping the rewards of their efforts? How can we guard against complacency, apathy and cynicism? One thing that helped me today was reading about different suffragettes, their approaches to the fight for the right, and taking note of what we can still strive to accomplish. 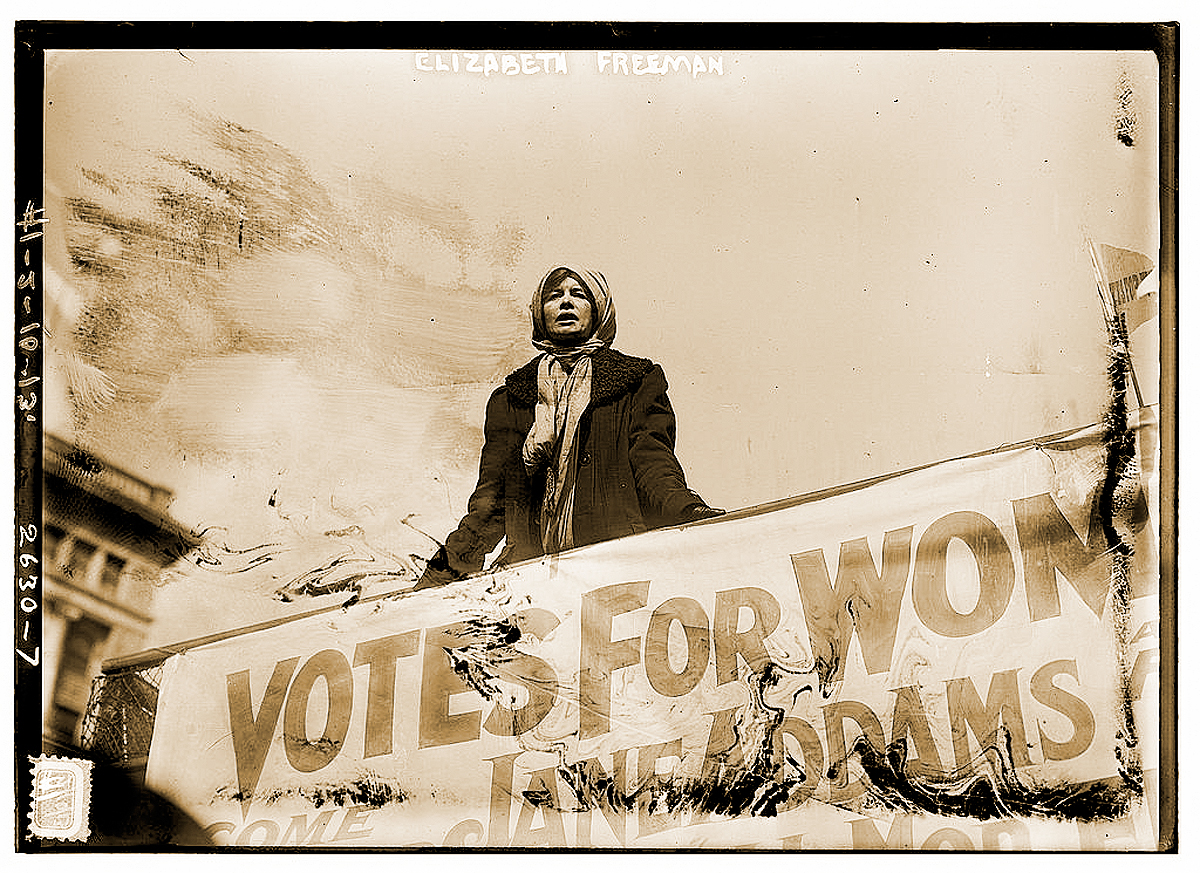 The article that grabbed my attention and lifted me out of my doom and gloom had some points to share with readers:

1) Find your voice and use it. Whatever your cause is, whatever it is that floats your boat–express yourself in as many creative and sundry ways as possible. Communicate.

2) Sweetness is overrated. Emmeline Pankhurst said: “We threw away all our conventional notions of what was ‘ladylike’ and ‘good form’, and we applied to our methods the one test question: ‘Will it help?'”

Fred Patrick-Lawrence–a male activist who supported the suffragette movement–said in his book, Women’s Right to Vote, “Nothing has done more to retard the human race than the exaltation of submission into a high noble virtue. Submission is not inherently beautiful–it is generally cowardly and frequently morally wrong.”

3) Take strength from the haters. Somehow, the more they were abused, the stronger the suffragettes became. Good thing that huge hats with wide brims were the fashion of the period, as the feminists’ eyes were protected from ‘hard missiles and cayenne pepper blown at them from bellows’. 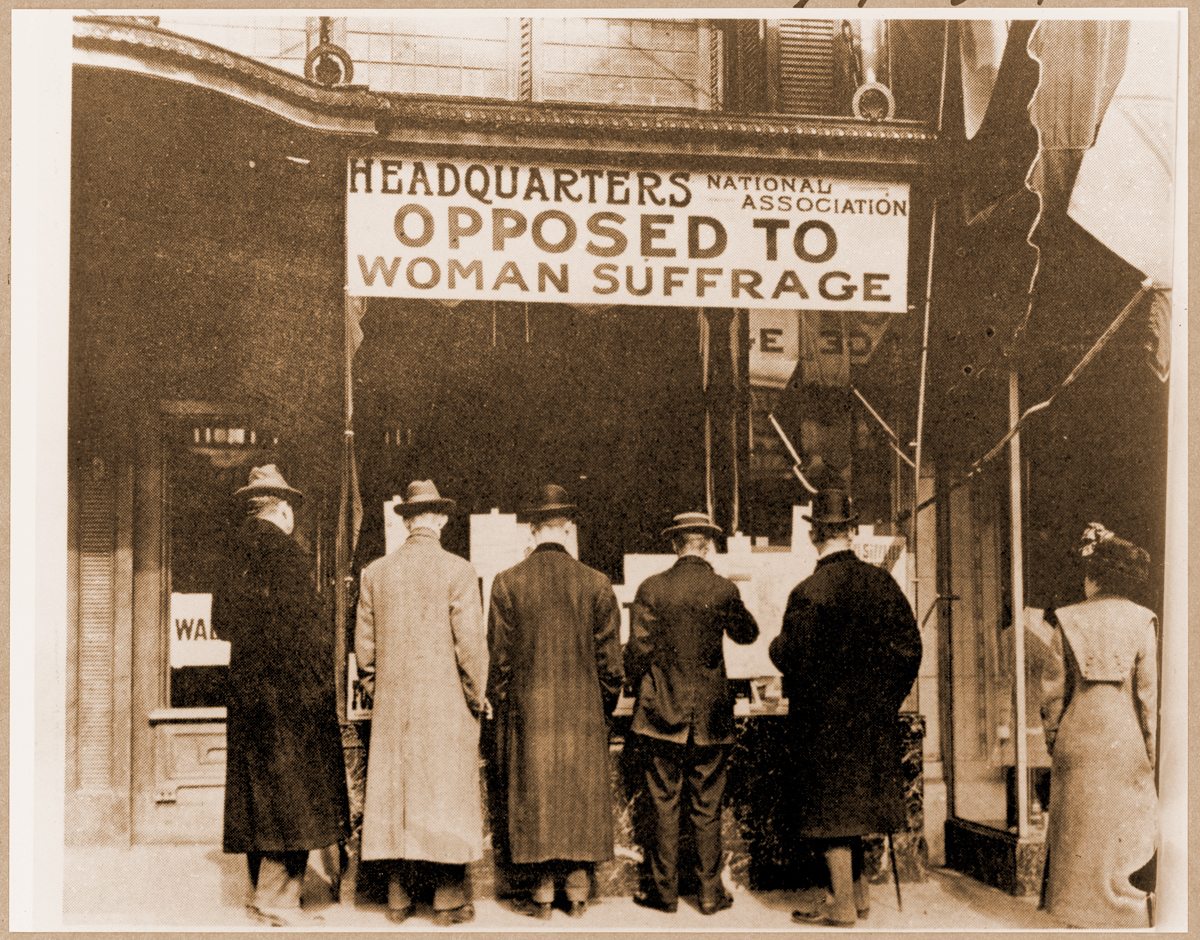 Historian Rebecca West: “The real force that made the suffrage movement was the quality of the opposition…listening to anti-feminist speeches, women discovered for the first time what many men–including Winston Churchill and Arther Conan Doyle–really thought of them.”

4) Be aware that the ‘haters’ will include other women. Queen Victoria called women’s rights ‘folly’. I can get inspiration from suffragettes who didn’t get discouraged by nay-sayers amongst their own gender.

5) Fortune favors the brave. The women’s rights’ movement flourished and succeeded because of acts of bravery. Suffragettes faced imprisonment, brutal attacks and sexual assaults–even by police officers–during their protest rallies: We are where we are because of their heroism. 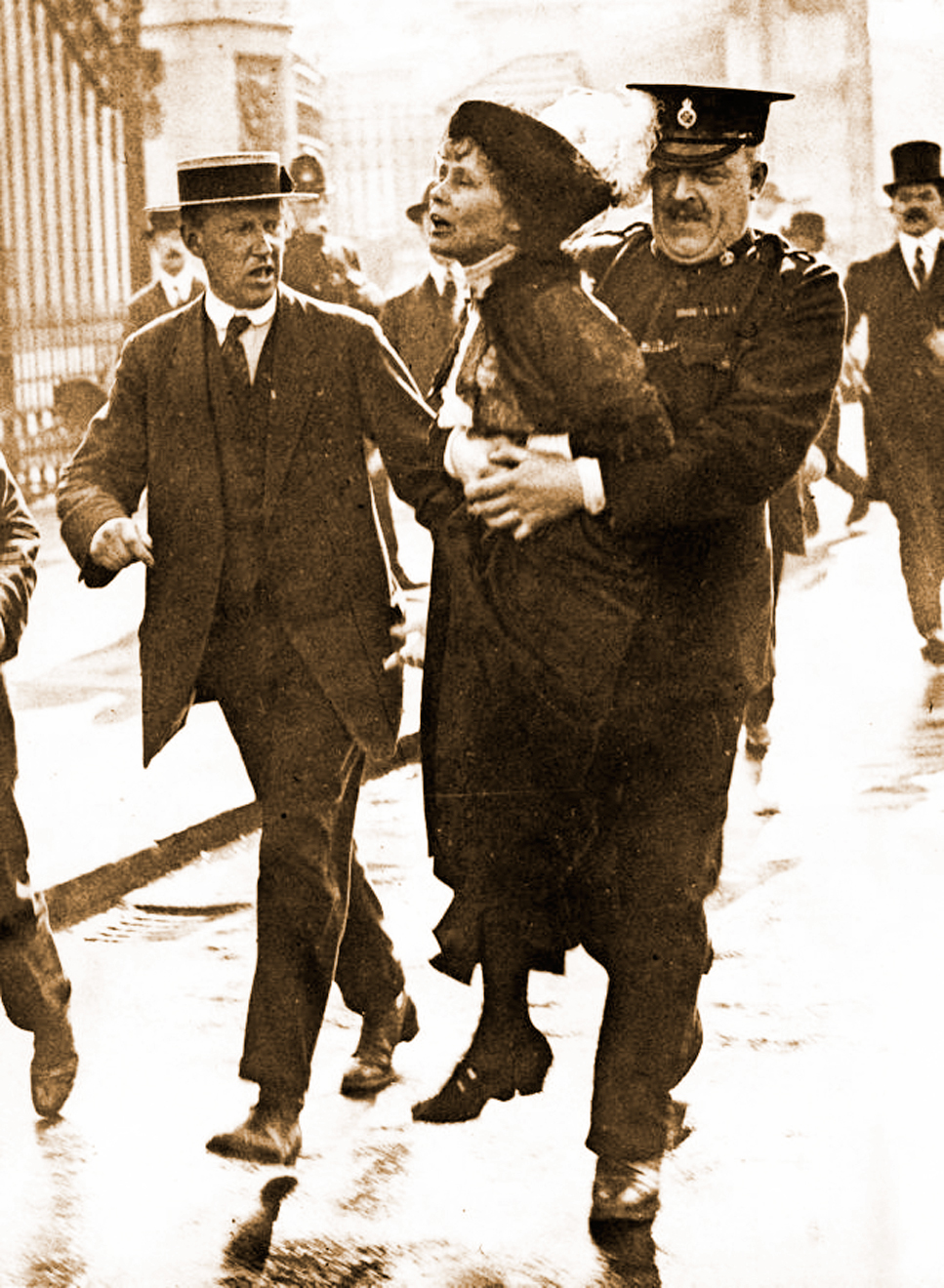 6) Publicity is Power. The movement was popular among the masses through audacious publicity campaigns. Suffragettes showed that feminism with humor, coupled with unfiltered anger is a necessary combination–and they used every resource they could to bring attention to their cause.

7) Strength through solidarity. Some women wanted to use violence–with one group of women taking hammers to the shop windows, while others preferred a more passivist approach. However, they championed the effectiveness of those whose means were different. 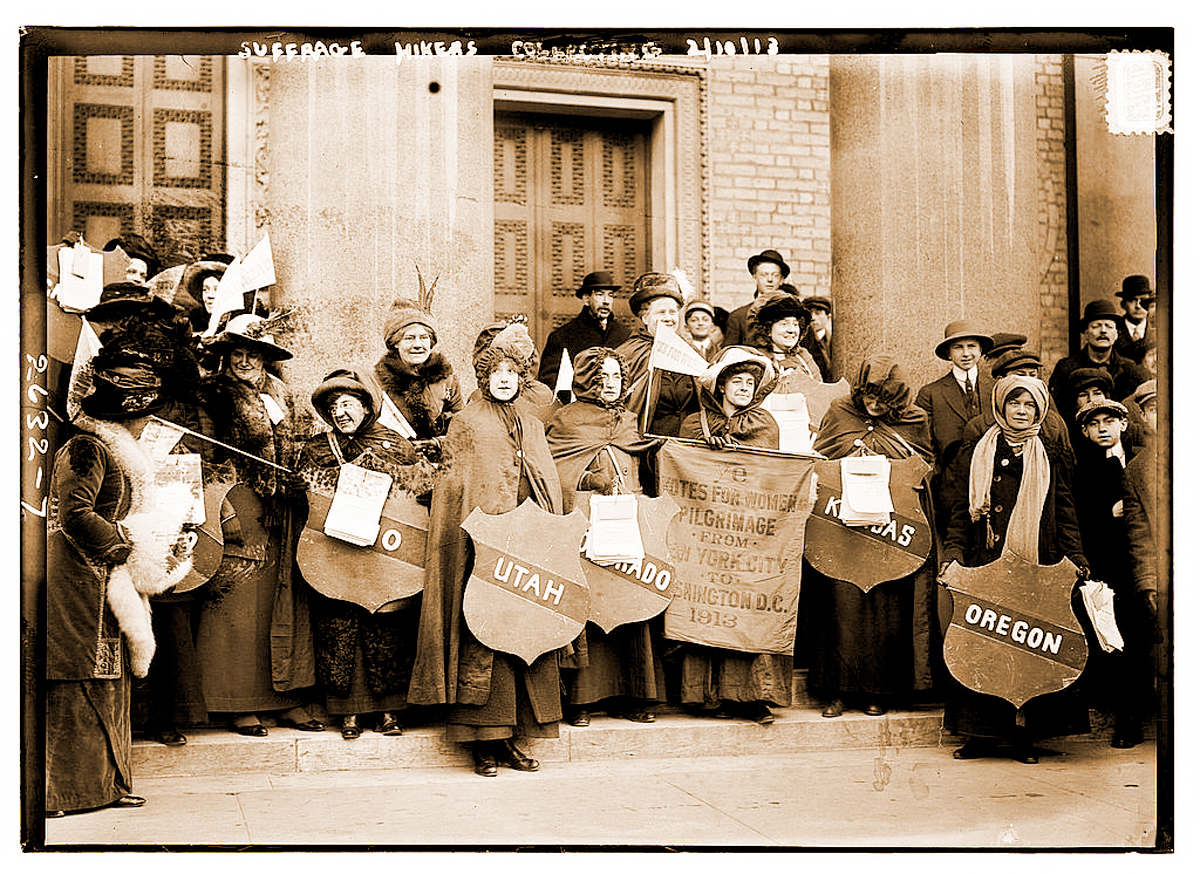 8) Never give up. I’m confident that suffragettes got discouraged, and I know that many never saw the results of their labors. Somehow, being united with others for a common good helped them to carry on through adversity; such perseverance is a sterling example to spark up my waning energy levels. I can recognize setbacks and even admit defeat, but will take this human spirit, give it a good shake and remind myself that I’m strong, brave, creative, and sure as hell am NOT submissive.