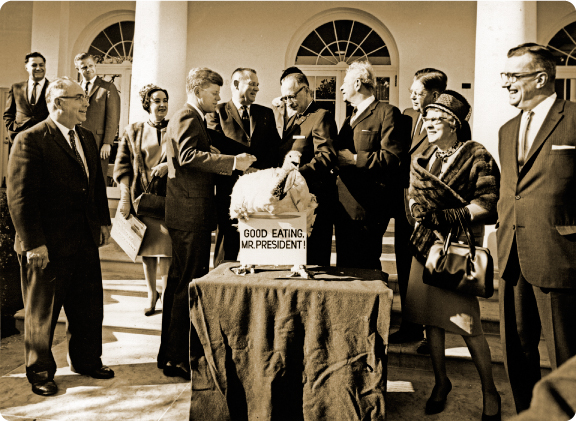 As far as holidays go, Thanksgiving is way up there on everyone’s list—generally speaking, mostly because it’s the least commercialized. Also, it’s a time to reflect on gratitude, plus a reaching out to others – you might know someone who is lonely or new to the community, or whose family is far far away: ask them to join your celebrations.

One great memory from my childhood brings up the story of the year my grandmother left a dishtowel inside the turkey, amongst the stuffing. We’re not going to guess what she was imbibing during the food preparations. Less amusing would be me putting Spanish olives on all my fingers and then popping them into my mouth, one by one, or me standing by the horsdervies table and gorging on smoked oysters, salami, chips and dips. Yep, I learnt at an early age that Thanksgiving meant eating without restraint before dinner—and because my parents were so busy with the celebrations, they didn’t notice whether I ate all the food on my plate at dinner time.

Now that I’m an adult, I’ve put aside my childish ways. HAH.

My sweetie and I, for 9 years or so, held Thanksgiving in high regard. That meant that we spent hours going over menus, shopping lists, and recipes for untold dishes. When we invited our families, we insisted that we were the ones to do everything—from the nibbles before dinner to the starter, the entree and the puddings after. It was elaborate, time-consuming, invigorating and exhausting. Days and untold hours of choppings, measurings, tastings, mixings and stirrings—even a timetable for the events of the day—to make certain that all would be accomplished, ready for presentation. 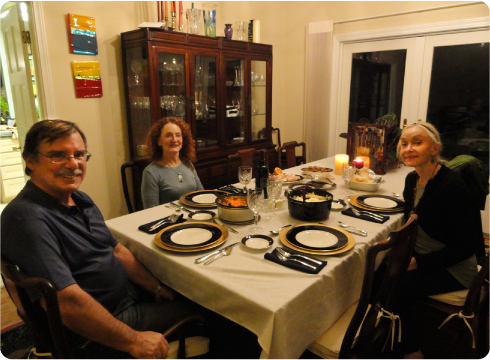 So here are some dos and don’ts, based on the above observations:

Multiply those tidings of joy by 10 and 100 and may your list of living the zest filled life continue to blossom until your abundance of gratitude just naturally includes all with whom you come in contact.