It seems way too early to be wrapping up yet another year. 2014 seems like it’s just getting underway, and now all of a sudden I’m beginning to see recaps of the year in all kinds of ways: News-worthy 2014 events; Who died in 2014; Best & Worst 2014 movies/music/books/cars/you-name-it. 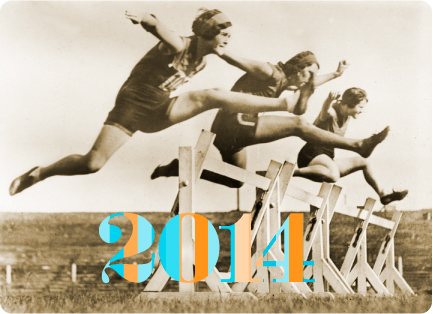 And here we are reviewing what has transpired thus far in terms of individual progress in our fitness/athleticism. 2014 was when I started blogging for MoveGirlGO, so hopefully this self-assessment will show that I’ve made forward progress since then — I think it would be really bad if I haven’t been able to inspire even myself, let alone our viewing audience.

Exercise sessions per week – UP, based on going for longer spans without skipping a day, taking a greater variety of classes than previously, and people saying “You’re here everyday, aren’t you?”
Exercise hours per week – UP, since last year it was rare for me to exceed 9 hours/week and never over 10, whereas so far in 2014 there have been 20 weeks that I exceeded 9 hours/week and 3 weeks that had 10 or more, and 1 week with 11 hours!
Steps per day – UP, with many more days in excess of 10,000 steps.
Injuries – NO CHANGE, with nothing major going wrong, but still need to go easy on exercises involving lower back, neck, shoulder, and knee.
Weight – Of course, this is the most important measure of success for me personally, so I’m thrilled to report that I’m DOWN by nearly 2 pounds, and my weight’s been surprisingly stable over the last 6 months or so, with the scale reading about the same each morning. Maybe I’m finally figuring out exactly how much I can eat without gaining weight. That would be a dream come true! 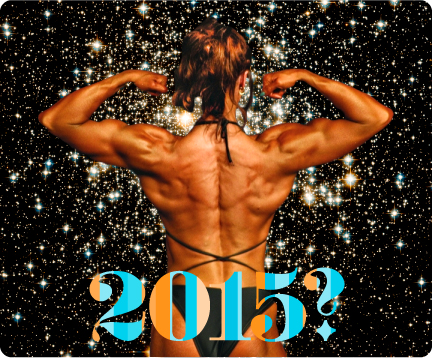 I can’t think of any other measurements at the moment, but in non-quantifiable terms I feel like I’m in better shape. I want to set a goal for 2015 that involves building more muscle, working with weights and resistance. But, how to measure progress? I should get a baseline by getting someone to measure my upper arm, thigh, calf, etc. And maybe I could get some pics taken to see if I can make a difference in the way my shoulders and back look. It’s exciting to see improvement, and even more exciting to look forward to a new year with new prospects.