You know how there are some people who should go around with a button on their lapel that says: ASK ME – these people are full of confidence, swagger and opinions. Well, I must have the words tattooed somewhere on my forehead that says TELL ME, since I’ve received advice on all sorts of how to’s: 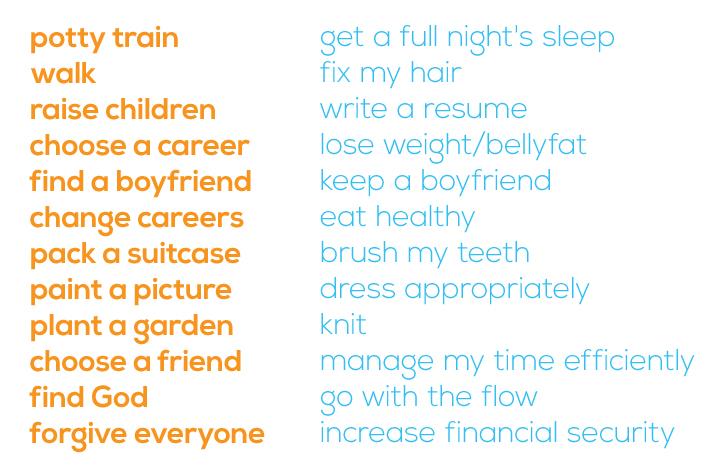 Looking at all the advice I’ve received over the last 6 decades, I’ve come to realize that I don’t want to be an eclectic blend of the different pieces of advice given. There have been some really amazing pieces of admonitions that I’ve received that have stuck with me; don’t get me wrong. However, I don’t want my identity to be such that it’s difficult to know who I am: Have I been punched, pummeled, kneaded, formed, bolstered, nudged by all so many well-intentioned people that I’ve lost sight of who I am, but am merely an accumulation of all the bits of advice that I’ve taken? Or maybe the bits that I’ve rejected?

Then, looking at the advice and how it’s given: Is it veiled criticism: an encouragement to become more like the person giving the advice—since me, as I am, don’t quite measure up?

Then again: Don’t think me of me as wishy-washy wishing to please all and sundry. If my mind has been made up to follow a pathway, plunge into new horizons, or choose an alternate life style—no amount of advice has ever deterred me.

There is one thing that stands out, and it’s not really advice, but more a philosophy that my lovely sister-in-law from Zimbabwe told me. I didn’t like hearing it then, and it’s not such great news now either—but from what I’ve experienced between hearing it and living it, I’ve come to believe that it’s true:

You are on your own.