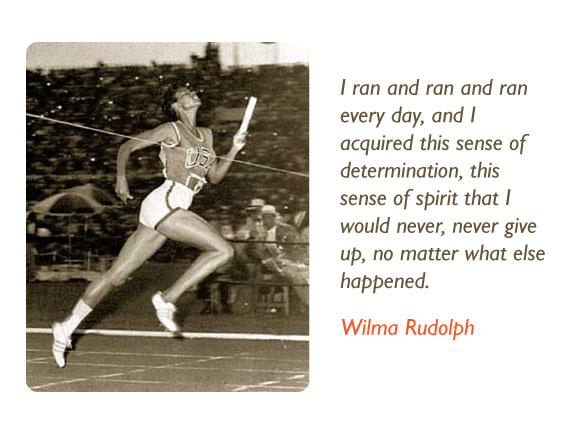 In honor of Memorial Day we decided to write about women we admire and who inspire us to keep motivated. I discovered Wilma Rudolph by looking for famous female runners of recent history. Ms. Rudolph stood out because her story of overcoming polio and going on to being super-superfast and winning 3 Olympic Gold medals (in track & field at the 1960 games in Rome) was awe-inspiring. And for her home town ticker-tape parade when she returned to the U.S., she refused to let them keep it segregated, and got what she demanded – fast, tough and smart.

Wilma says, “Winning is great, sure, but if you are really going to do something in life, the secret is learning how to lose … If you can pick up after a crushing defeat, and go on to win again, you are going to be a champion someday.” 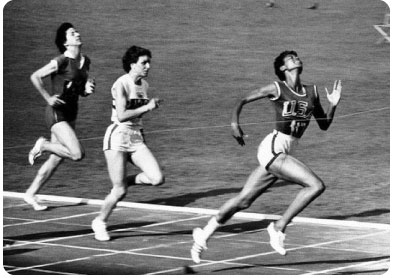 Wilma retired at 22 and went on to complete her college degree, to teach, appear on TV and marry and raise her 4 kids. To find out more about Wilma check out her autobiography, “Wilma” which was turned into a TV movie of the same name. Oh and on June 23rd it’s Wilma Rudolph Day in Tennessee. I’ll definitely be thinking of her on that day while running, hope you can join me, and keep this fast and courageous chick in your thoughts.