Going on adventures! Seeking excitement! Testing my limits! — Nope, that’s NOT me. I’m not a fan of bold or daring. Instead, I usually just fantasize about Going for the Bold.

My Big Ongoing Fantasy: Completely Overhaul My House — gut the kitchen and bathrooms, add square footage, take out walls, vault the ceilings, and fix all the flaws that bug me. My house had a poor floorplan/layout to begin with, near-zero curb appeal, and definitely was showing its age of 55 years. In fact, a friend said they weren’t coming to visit me until I re-did my funky kitchen. But I resisted taking even one initial step towards such a project, believing that remodeling would be more of a nightmare than continuing to live in ‘squalor.’ I also wanted to see how long it would take for my old appliances to stop functioning, which was indeed gradually happening: Fridge ice-maker/water dispenser broke down, pilot lights on 2 stove burners went kaput, fan lights shorted out, dishwasher began detaching from its moorings, dryer was squeaking and squealing, microwave carousel needed coaxing into action, garbage disposal refused to choke down even a lettuce leaf . . . and so on.

Then, late last year, I came in contact with an architect/contractor who was highly recommended and had years of experience as a builder including housing developments and commercial properties. The guy understood my ideas, and he drew some awesome plans which reflected even more and better ideas extending far beyond my imagination. I was thinking he understood my budget, too, but on that score he also went far, far beyond my imagination. Ah Well, in for a penny, in for a pound — there’s no turning back once the ball is rolling.

Thus the roller coaster ride began, lasting nearly 6 months from the 1st sit-down meeting ‘til now. My life has been filled with turmoil and change, anguish and sleepless nights, mistakes and misunderstandings, wailing and tears; and my wish-list has turned into an endless punch-list. My cat hates me, and I vow never to do anything like this again.

On the bright side, I must say that the overall transformation is jaw-droppingly incredible. Maybe some pictures will convey the metamorphosis . . . 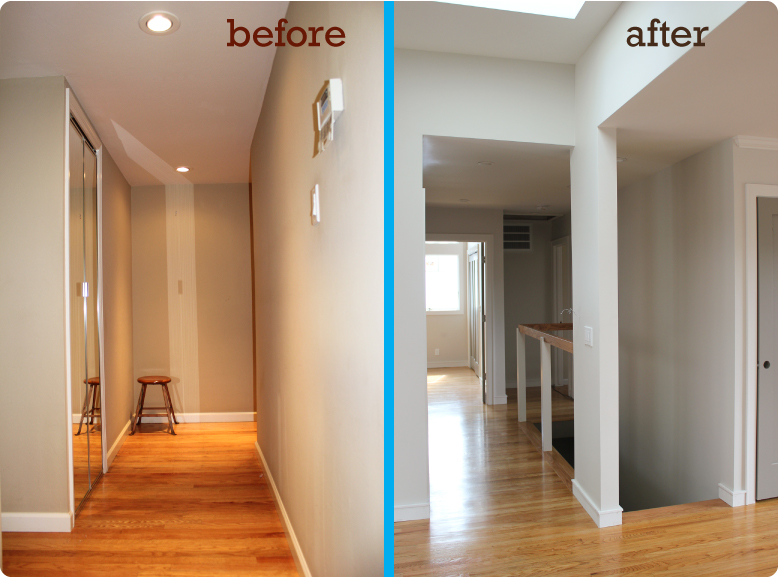 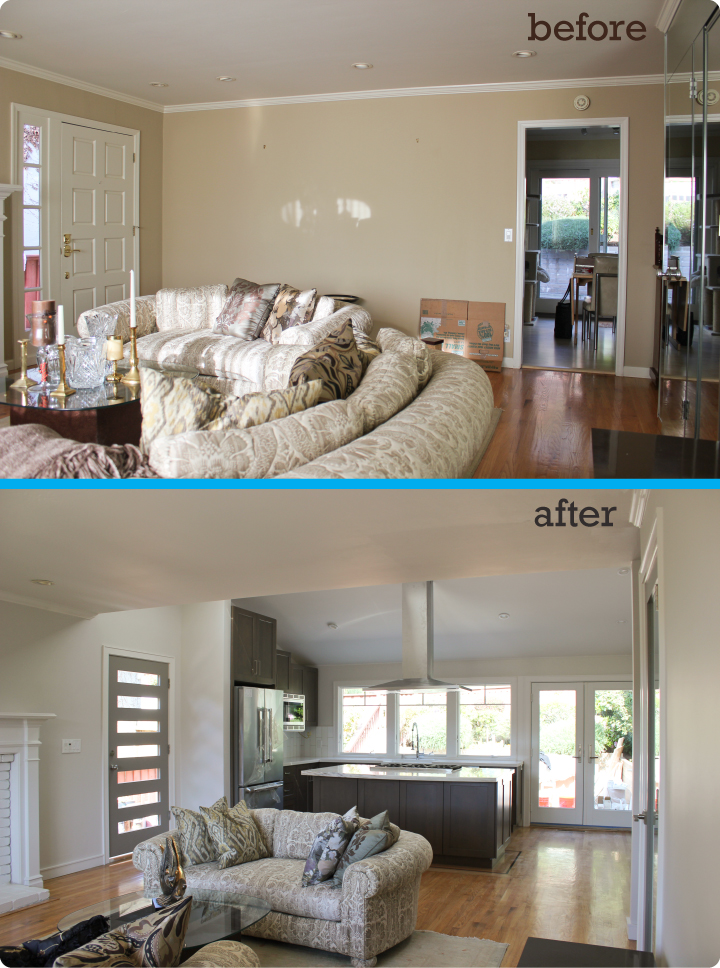