Ms. Bockle: A few days ago I watched a documentary called ‘The U.S. versus John Lennon’, and discovered quite a few facts about Lennon, the time he lived in New York, what was going on in politics, and also tried again to like Yoko Ono. 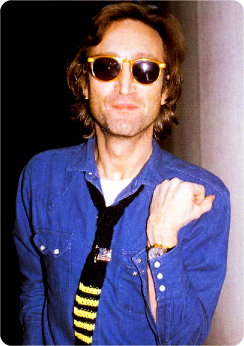 One new fact was that John (first name basis here) was put on the ‘Black’ list authored by J. Edgar Hoover—because he came across as not only critical of U.S. policies regarding the ongoing war in Vietnam, but associated with people who were also on the bad-ass list, and mainly: was quite influential with young people.

Take a few of his songs: Revolution, Give Peace a Chance, and Back in the USSR—the words are so radical, the beat is moving and the singers themselves just sound so fantastically wild—quite persuasive stuff.

The inspiration I came away with after the film was not just the obvious thing: that the U.S. government were a bunch of dicks, or that John and the Beatles were utterly amazing—but that when in the face of resistance from one of the strongest powers in the world, John Lennon did not get diminished, fade away and slink home to the U.K. He loved living in New York and was determined to stay. Of course one could point out that he probably had the money at his disposal to go against the wishes of the U.S. government, but still.

The other inspirational person shall remain nameless, and to me, faceless. I heard someone on the radio talking about their mother who is 95 years old. This old dear is determined to stay fit, believing that exercising will increase her brain power and therefore enable her to keep up with conversations and events around the world. Her routine? Walking a mile every single day, plus while watching TV she gets on her stationary bicycle and pedals. At first she could only cycle for a few minutes at a time, but now can go long, long distances.

Each of these people show strength of determination against different sets of odds; that great quality of attitude that simply says: ‘Never Give Up.’

Encounters of the Philly Kind

LaFitterina: This week’s recollections of inspirational workouts brought to mind the jogging that I did more than a decade ago while on temporary assignment (which lasted 1-1/2 years) in the Philadelphia area. I was living in a barebones apartment just north of Philly, in the Neshaminy Valley. On weekends, I would make myself go on long jogging expeditions into the surrounding neighborhoods . . . 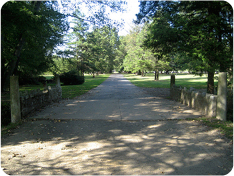 It was fun to see how far I could go, wondering if I would find my way back and how tired I would be. One time my shoes started hurting so badly on the way home that I had to take them off.

To keep things interesting during my slogs, I was always on the lookout for unusual sights, and in particular any discarded articles along my path. Among my ‘finds’ was a nice dark blue T-shirt embroidered with a ‘Physical Therapy‘ logo — I still have it. Best of all was a black strapless bra which I took home and washed, and found that it was a good fit for me (I know, gross, huh!) — always wondered how that bra landed in the road-side brush.

Be alert and keep your eyes wide open while exercising, ‘cause you never know what amazing things you’ll encounter!

Mizzfit: Although I was never that girl who wanted a horse, I’ve had them on the brain this week. Something about their strength and large muscles, keeps me happy while running. This little dude and his ball are amusing – I was picturing a soccer match with many mini ponies, how bout u?