Some Musings on the New Year

LaFitterina: It still feels “new” to me, this auspicious 2015th year (actually, isn’t this mankind’s 202015th year, give or take, but let’s not squabble over petty details, and anyway it’s too late to do the re-programming on that score) . . .

By the way, this year started with a big bang for me. January 1, on the way back to the gym from my daily Starbucks run, I tripped and went airborne (as did my coffee cup) — I truly had a unique sense that I was flying for the briefest of moments. Then I returned to earth and made a perfect face-down 2-point landing (my right knee and hand). Thank goodness I was able to scramble back to my feet practically unscathed, and I assured a couple of astonished onlookers “I’m all right!” I probably should add to my list of resolutions: Avoid tangling up my feet . . . 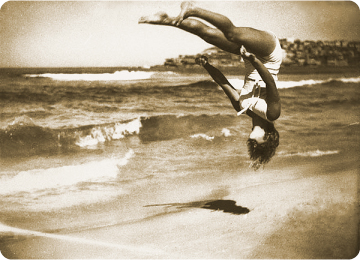 People are starting to give me strange looks when I give them my chirpy “Happy New Year” — just not sure what is the protocol on this practice. When does it start being inappropriate? Am I only allowed to say it once to each person? . . .

I’m feeling uncharacteristically optimistic that this year is going to be the best ever, probably in large part because I know that MoveGirlGO will always be around to inspire me!

A Graceful Start to the New Year

Ms. Bockle: My new and improved definition of grace is: “When things don’t go according to plan, be patient, make a ‘Plan B’, adjust the schedule, and carry on.”

I’ve had the good fortune to have an unplanned art exhibit for this very month in a local restaurant, so scheduled a visit to my favourite printer to get some prints on canvas. When I got the paintings ready I discovered that one of my drawings had its plexiglass damaged. Then the proprietor of the cafe decided to bring the display forward a week, so that my prints wouldn’t be ready on time. No problem, I took extras, and the staff there were amazingly patient, getting ladders and tools, and even a rusty kitchen knife to help with the hanging. 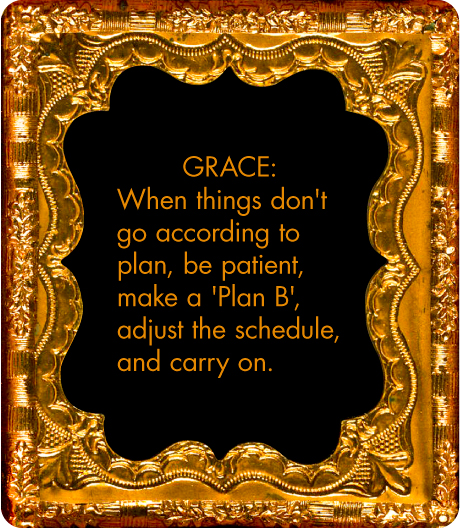 When I picked up my prints, there was one missing. ‘So where’s the second larger one?’ Sure enough, when he checked his records, he found that he’d completely forgotten—which meant that I had to make another 35 mile round trip back there. No problem, man, I’ve got a hybrid.

The display would be done in two or even three parts. In between parts one and two, I heard that the patrons were heartily happy with the new ambiance in the establishment. Good strokes for the ego. For the second part: up and down ladders, accommodating staff—and the display looks great!

So, why would I call this whole event graceful, when it was fraught with mishaps, adapting, rescheduling, and forgetting the tools of the trade? Because all was accomplished without spasms of anger, angst or frustration. During this process I’ve discovered that people are quite forgiving, patient, more than willing to help—and give unsolicited words of support. It’s all grace.

Time for A Change– Tomorrow.

Mizzfit: Since this week was all about January goals and resolutions this video gives an amusing look at what happens to most habits we’d like to change…