Venture Into The Universe

LaFitterina: I quoted John Muir in an earlier post: “The clearest way into the universe is through a forest wilderness” — but then I found a link to some awe-inspiring photos of the universe that do not require even getting out of your chair. Brought to you by the Hubble Space Telescope. 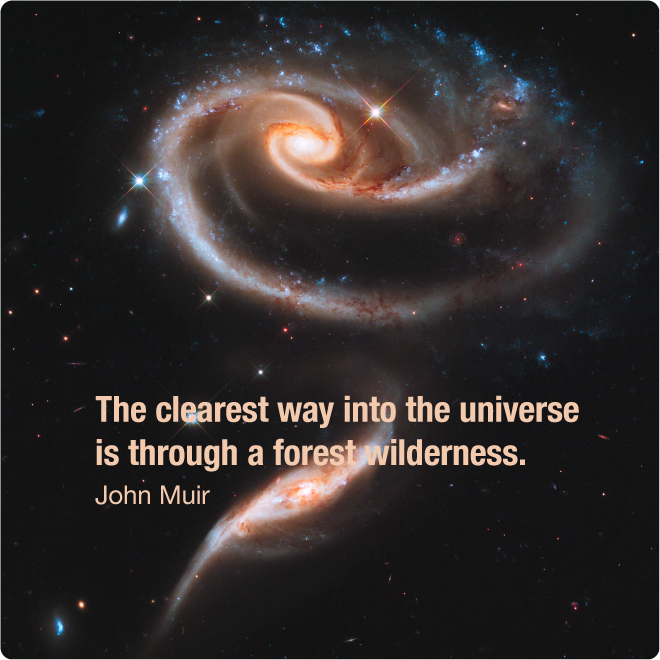 Ms. Bockle: The song, ‘Words’, by Train, is all about words that can hurt and injure—quite a message.

“Words—they’ll try to shake you, don’t let them break you, or stop your world from turning.

When words keep you from feeling good,
Use them as firewood

and let them burn.”

Going with the thought about the thousands of words that get hurled around at an alarming rate, I thought about this FITBIT thing I’ve got strapped to my wrist. Yep, it measures steps, but what if we had a fitbit band to shock us every time we maxed out our quota of negative thoughts for the day? Yep, you’ve just reached your 6,000th nasty critical word/thought of the day: ZING! ZING! ZING! Perhaps we need such a device to monitor our tendency to be too hard on ourselves and others?? ZIP ZAP ZOWIE…

How’s the Air Where You Live?

Mizzfit: This week I found ‘Long May You Run: all.things.running’ by Chris Cooper in my local library and have found it to be chockablock full of interesting and informative tidbits. In one section he shares 20 U.S. cities with the poorest air quality and 9 of them are in California! I’m living in a state with the dirtiest air and although I don’t live in one that’s listed, Modesto’s not too far away! His tip for dirty air days: run early in the morning and avoid heavily trafficked roads.