Give Those Hands a High-5

Ms. Bockle: After writing about eyes this week, I started thinking about HANDS, and wondered if they were actually my favourite body part. But no, on reflection, my hands would not be able to do the wondrous things they do without the eyes to guide them. 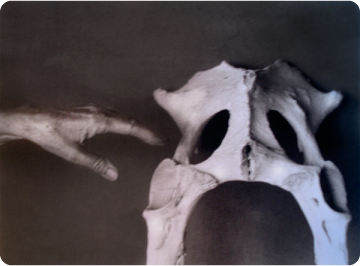 This afternoon I tried to take a nap, using the excuse of a sleepless night before. But as I lay there, I kept thinking of all sorts of things that needed attention and action. One was reading bank statements and correspondence: that did not get me out of my nap mode. But then my thoughts darted to the contents of my fridge: fruit and veggies that needed attention. I thought of making a fruit salad, as well as a ratatouille. That got me up, lively, thriving and looking for knives. As I was chopping the different fruit and vegetables, I thought again of how these hands have served me well. 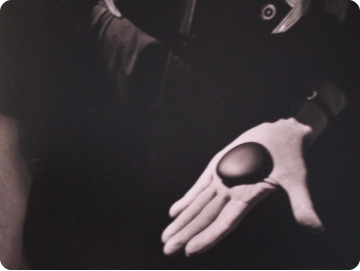 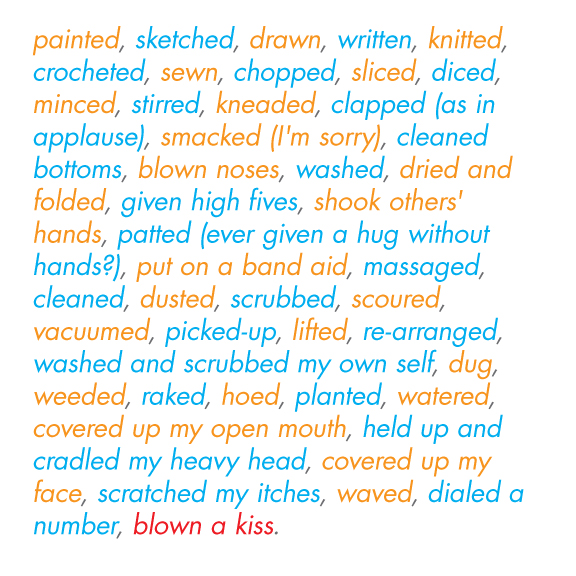 And as much as I try, I cannot manage to sit down on, nor get up from the floor, without the assistance of my hands.

Let’s Hear it for the Giants fans

LaFitterina: As far as Inspiration and Perspiration, I nominate last week’s World Series, with ‘my’ team winning the World(?) Championship! It was exciting that the Series went the full 7 games, with some lopsided outcomes and some real nail-biters. The pitchers were raved about, but I particularly liked it when those fielding the balls would jump up and stretch out their bodies to the utmost to make an impossible catch. It would be fun to witness the exercises and practice routines that prepare them for those feats. 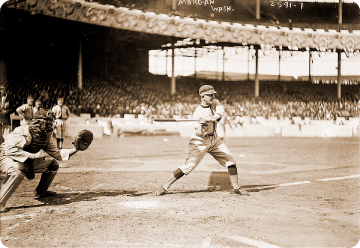 I was amused by the catchers — their secret hand signals for pitches were hilarious. They’re squatting down with their hand hanging between their legs up against their groin. They’re signaling the type of pitch and location (and signals to fake out the opposition, and who knows what else), pointing and wiggling their fingers and touching their thighs, etc. And they’re trying to hide what they’re doing from the other team. Then it looks to me like pitchers shake their head at the catcher until they get a call that they like (or maybe something else is going on between them). That reminds me of how I adapt what my aerobics instructors are calling out during class — they say what to do and I shake my head until they call out a modification or I can think of something else my body wants to do.

Mizzfit: After a week of body-image positivity I thought I’d share a clip of a healthy chick being morphed via Photoshop into what we see in ads. Can’t trust what you see on those billboards…