It’s the beginning of the last month of the year, the time when all the projects that didn’t get done start to weigh heavily on my shoulders. In between wondering if I’ll complete them, I do start to feel minor stirrings of excitement for the new year approaching with its promise of a fresh start. And that’s what we’ll be chitchatting about this week – clean slates and what we do when handed one. 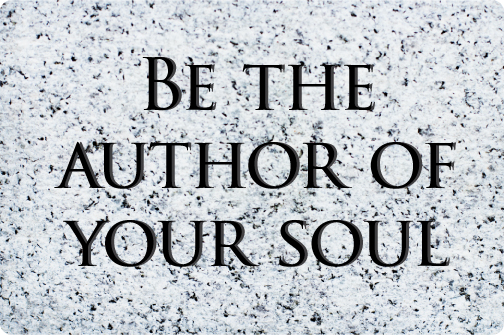 The Romans were the cats who came up with the Tabula Rasa, or blank slate, which if you can believe this was a wax tablet inscribed with script and when those toga-wearing peeps wanted to start over they simply heated up the wax, and, hey presto, blank slate. And people are still in love with the idea of a new start, a new opportunity, a new direction. Yes, each day is fresh and new, but stuck in old routines it can be hard to change. So, a major upheaval such as a move, new job, change in relationship status, a major purchase such as a home or car is the perfect new slate – a time to deep-six old behavioral habits and actively pursue new healthy ones.

What would I do with a clean slate? Hmmm. I’d like to go from being a big-time homebody to a more social creature who’s a wee bit more adventurous. I’d like to break the back of the anxiety-ridden monkey on my back – it’s so dreadfully dull having to cart that burden around. And believe me, if I could change those 2 habits – the rut, the anxiety – I would have made full use of my clean slate. Always keeping in mind of course that new habits involve hard work and constant readjustments in order to become ingrained.