If we know taking initiative can be defined as: a readiness and ability in triggering action — how do we know if we are capable of initiating action on a large goal? Psychologists say that between the ages of 3 and 5 children “begin asserting control and power over the environment by taking initiative by planning activities, accomplishing tasks and facing challenges.” And if the caregiver impedes in this process by being too controlling, the child might not learn to trust their own judgement, and so remain dependent on others initiating action. 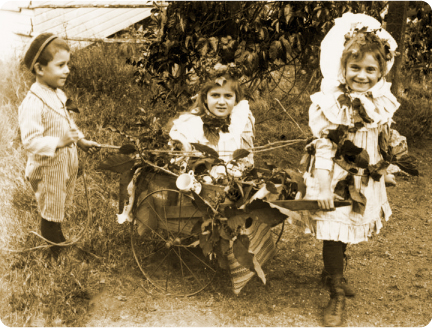 However, unless we want to grill our parents on whether or not they helped us achieve the third stage of Erik Erikson’s theory of psychosocial development, we’ll just have to make do with our current initiating skills… And I’ve found that to test out how good I am at reaching a large goal I need to start with a few smaller ones. With these I test out how good I am at taking initiative at each stage of reaching the goal. For example: wanting to run further is a pretty vague wish, right? Instead, I’ll set an exact mileage, say, 8 miles – then see how I do. By training every week and trying hard on long runs, I have become more resilient. What are my long-term running goals, shh, I won’t say.

So, if you weren’t given the chance to muck around and play when you were a kid, and you feel hesitant about whether or not you’ll be able to reach a big goal, set a smaller bite-sized one, and make sure to use your imagination – be creative in initiating action.