When I started taking running more seriously I found myself in the non-fiction section of the library in front of the 796.4 section. Compared to other sections running only takes up one shelf and the authors are predominantly men. As I read the more relevant titles I was surprised to learn that women hadn’t taken up professional long-distance running until the late 60s, and that it wasn’t until 1984 that they were allowed to compete in a marathon for the Olympics in Los Angeles. Isn’t that crazy?? 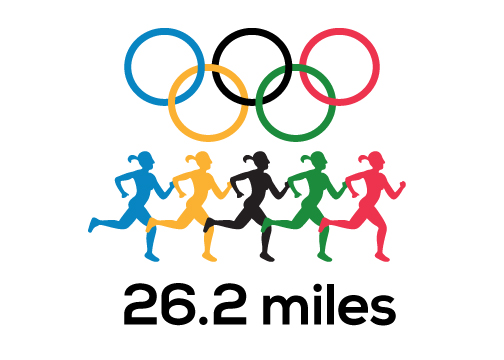 Woman are weak, their bodies can’t handle the exertion of going 26.2 miles — they don’t have the mental strength, blah blah blah. What kind of idiot birthed by a woman, after 9 months of strain on her body–and a fun labor experience, came up with that nonsense? Well, those theories were blown out of the water by the 44 women who finished that first Olympic marathon in the heat of a southern California summer, with the American Joan Benoit winning the gold with a time of 2:24:52. Here’s a video with 80s quality of the marathon finish: