Here we are in the last week of January, holding steady to our plans to make this new year a better one, maybe. Or, maybe not. Are previous habits proving tougher to break? Are new habits not gelling as well as one hoped? Such is this modern life – with so many options available, it’s easy to lose focus and have our good intentions slip away. So, this week we’ll be sharing what bad habits get in the way of our feeling rejuvenated and ready for more of 2016. 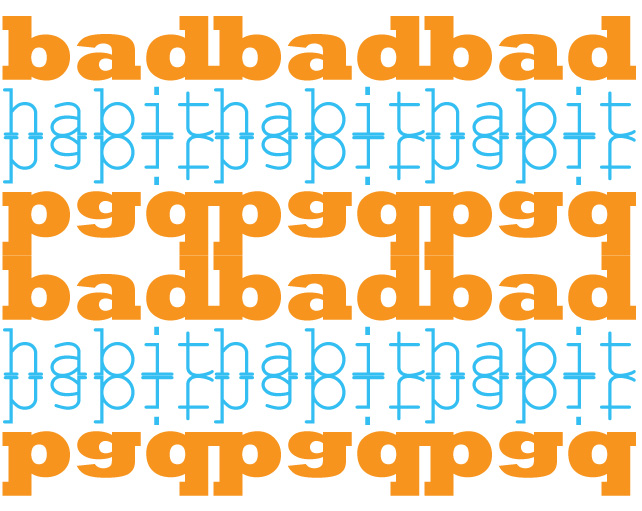 My bad habit that has kept me from making January, or indeed many previous months, a righteous running month is perhaps my very reason for running. I started running in order to feel better about my body. It had reached a state I was disgusted at, and running seemed a good route to being healthy. But, when does a girl know she’s reached that “better” state? Since our ideas of our bodies change all the time based on the media, our past, etc – who’s to say what a healthy state is?

On a scale of 1 to 5, one being a chore and five being a gift to yourself, how would you rate your exercising? I circled number 3 – cause sometimes running does feel like a chore, and other times it feels like the best part of the day. So, I’m working on changing how I think about running. I run because my day seems incomplete without feeling that ground beneath my moving feet. That sounds better than some “healthy” reason. I run because it reminds me how beautiful the world can be, how exploring is good for the soul – thus, a girl is rejuvenated.