A while ago I read LuAnn Cahn’s book, ‘I Dare Me’, where she does something new every day for a year, calling them ‘firsts’. I was inspired to try it out (for a month) to see what firsts I could come up with. For me that involved 2 areas: getting out more & seeing new places; the other being the attempt to use new creative approaches for projects. I used the month of June to go for my firsts as did the other contributors, and this week we’re sharing 7-days worth of all our shenanigans.

5 June: Visited Ya-Ua Yogurt & Pastries for the first time and tried a Lychee Bubble Slushy. Have you had one of these bubble drinks? They have bubbles filled with juice floating on the bottom which you suck up through a rather large straw, hello sugar rush. Also, found St. Francis of Assisi in an oak tree next to a Catholic church. 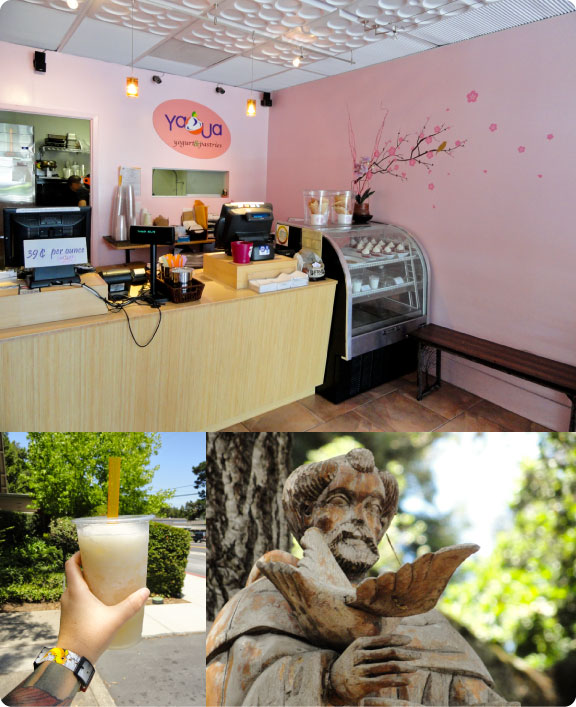 6 June: Found & walked around Union Cemetary – never knew men from California fought in the Civil War, did you? It was a peaceful place with many folks from the late 1800s. Next door was M & M Nursery where I picked up my first ever tomato plant, now let’s hope I can keep it going till it bears fruit. 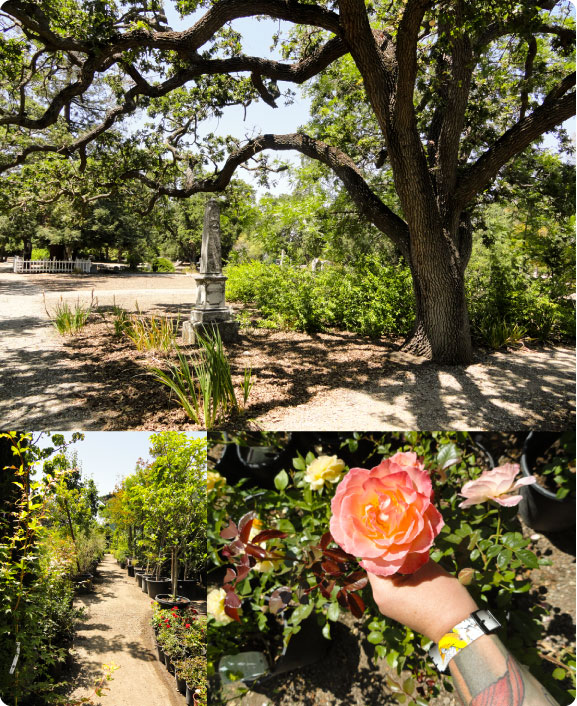 7 June: Wanted to read to shelter-rescue dogs for “Paws for Tales”, but alas it was for kids, sadface. Don’t they realize kids aren’t the only ones who want to read to dogs? I’d even picked out some Rumi poetry which my cat likes to hear… Moving on. Saw butterflies on wild fennel growing along an estuary, and shared sandwiches in a tree-filled glade. 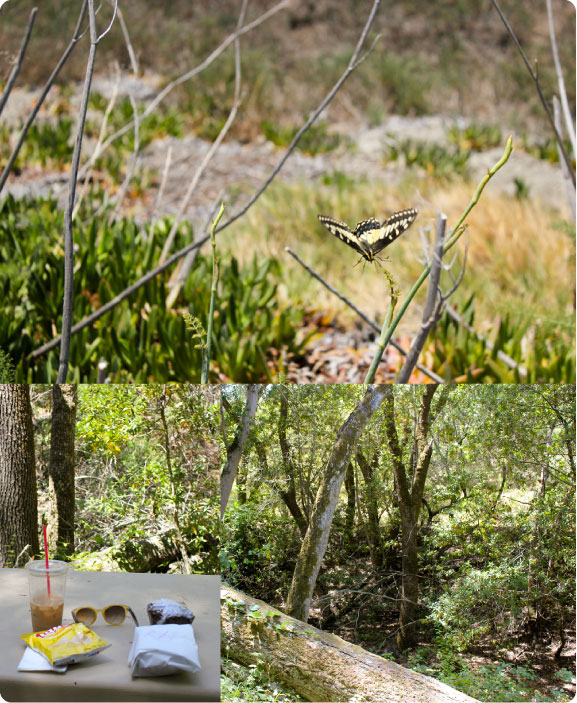 8 June: Read first ever Sherlock Holmes novel, this one was ‘The Beekeeper’s Apprentice’ by Laurie R. King. It was interesting but by no means inspired me to read any other Holmesian novels, although I might have to read an original by Arthur Conan Doyle to compare to this modern fare. 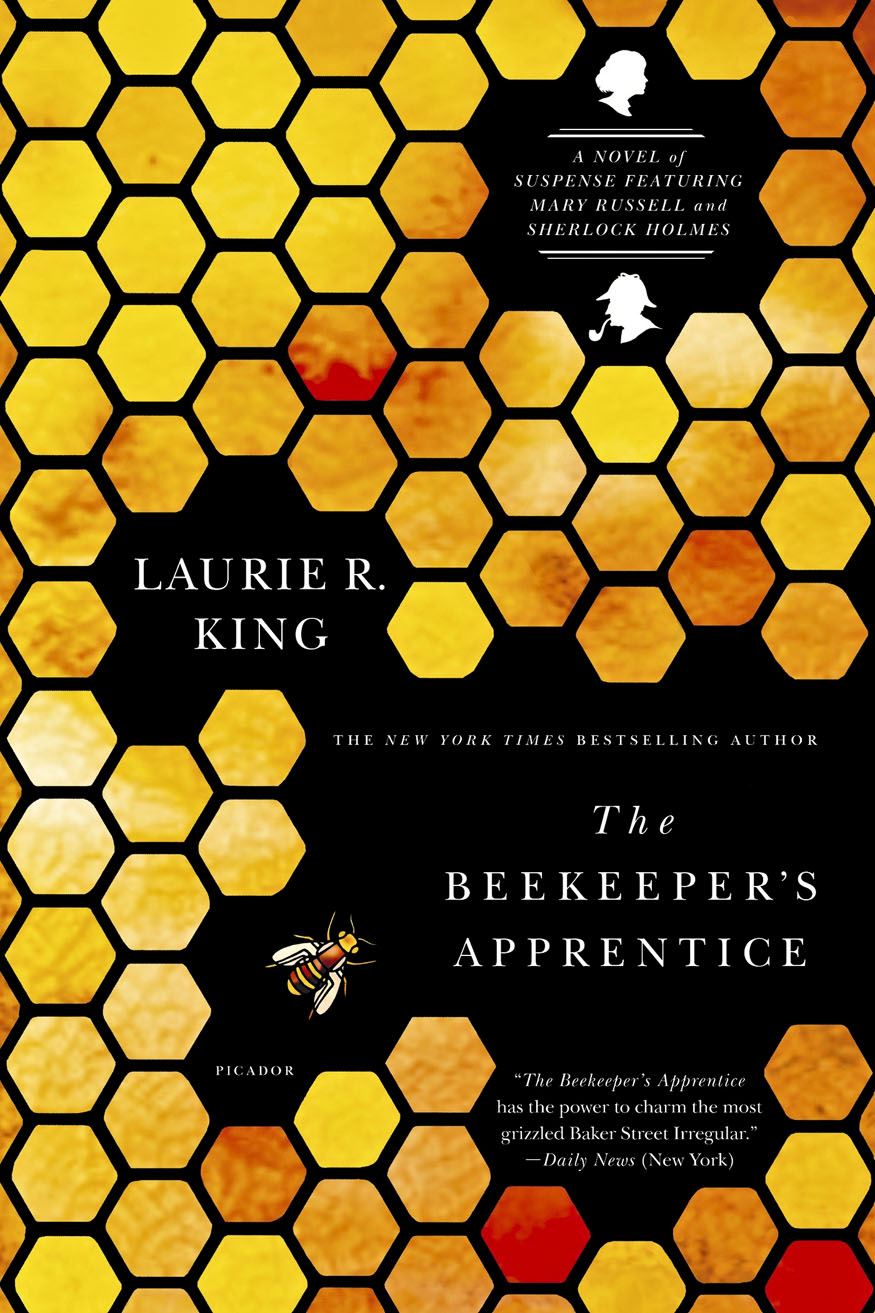 9 June: Sent my first ever complaint to a company – via a tweet! The bag was of hideous material and humdrum design – in other words, nothing they would ever feature in their magazine, yet they thought of it as a gift. Way to be oblivious, Glamour. Next time how bout a cotton grocery sack, something I can use? Oh, and I never heard back from them, I guess they aren’t up on responding to their subscriber’s tweets… 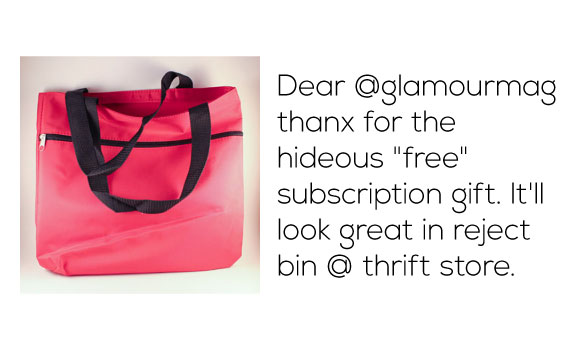 10 June: Tried out new craft idea: tied fishing line in a grid around mirror, hot glued it down. Attached plastic rose garland as a frame, and hung it in the garden. In the pic you can see reflected another first, drawing with sidewalk chalk – quite enjoyable! 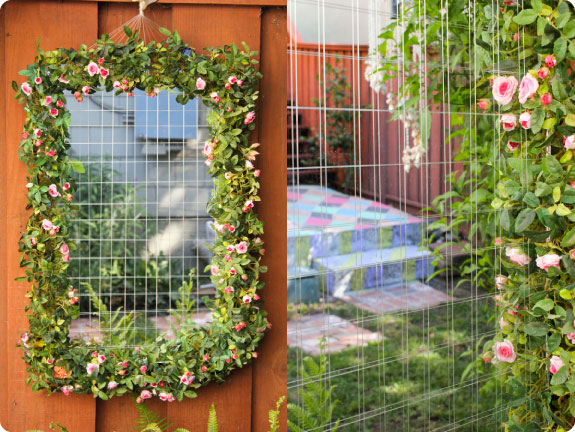 11 June: Visited a new library to add to my list for a “Summer in the Stacks” project. It was a great place for people watching, pondering the world and picking out some rad books. Outside on a nearby pond there were ducklings which I’m pretty sure I’ve never seen in the flesh… 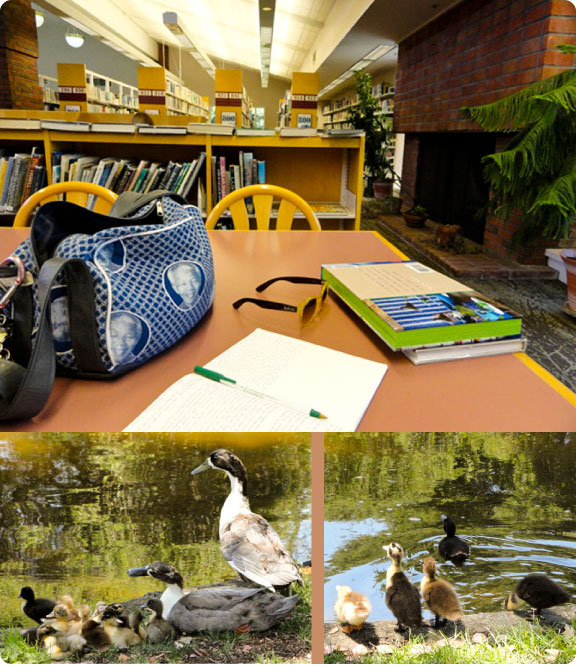 That’s it for my consecutive 7 day firsts, but I’ve been busy on other days too, so here’s a bonus:

15 June: Visited Cantor Center for the Arts and saw my first Andy Goldsworthy, a Civil War photograph by Timothy O’Sullivan and walked inside a Richard Serra metal installation – good times. 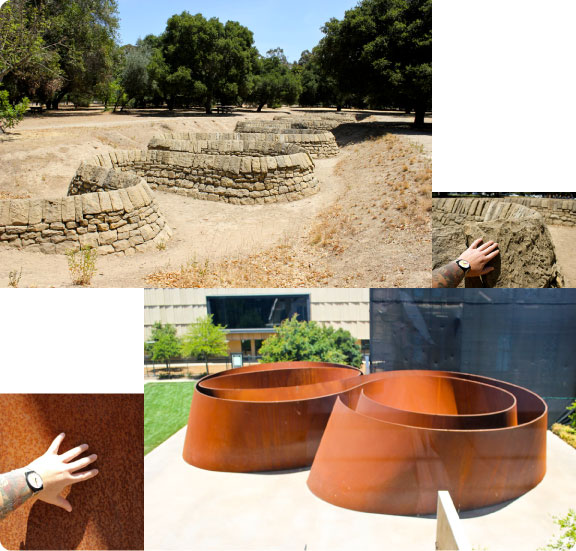 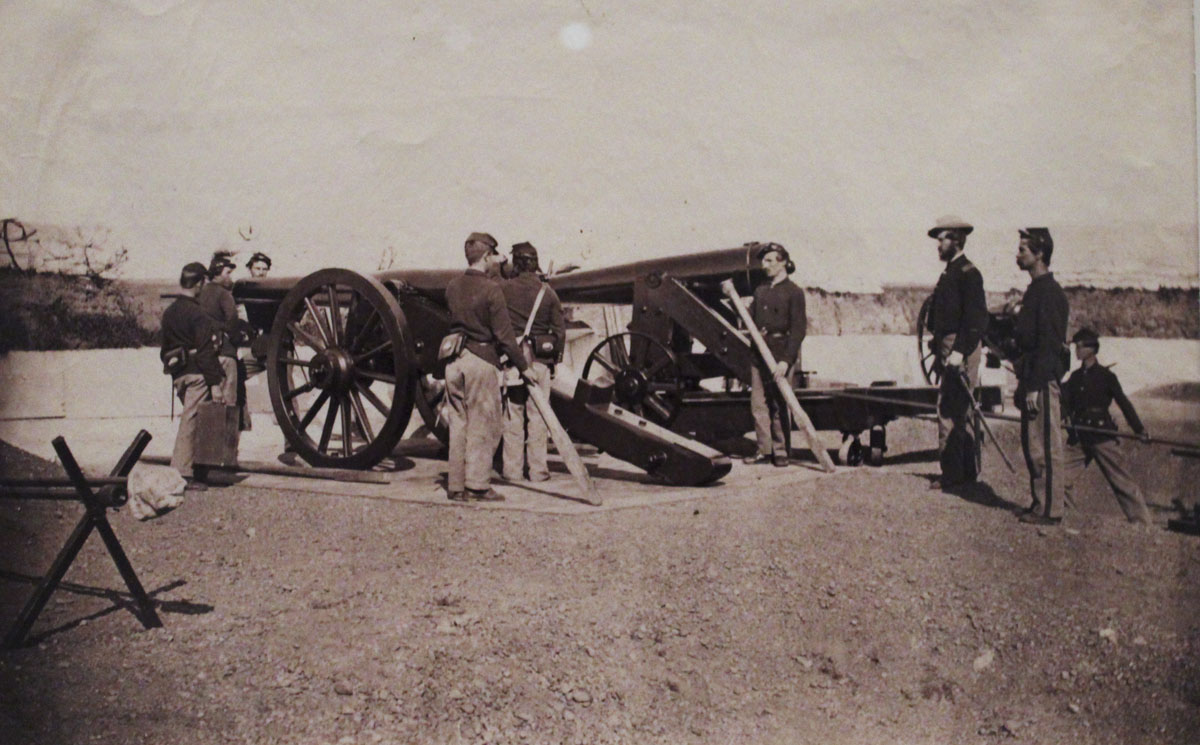 We hope you’ll also be inspired to try out some firsts, and see what a difference it makes to your day. Cheers!