When we want something important to happen we generally have to plan ahead, right? NASA astronauts don’t fly by the seat of their pants when it comes to preparing for a moon-walk, so we should follow their example and be more proactive about scheduling in our fitness, and then accomplishing it at said time. Right? It’s okay to equate my running with space launches, yeah? And that’s what we’re all about this week, to schedule or not to schedule. 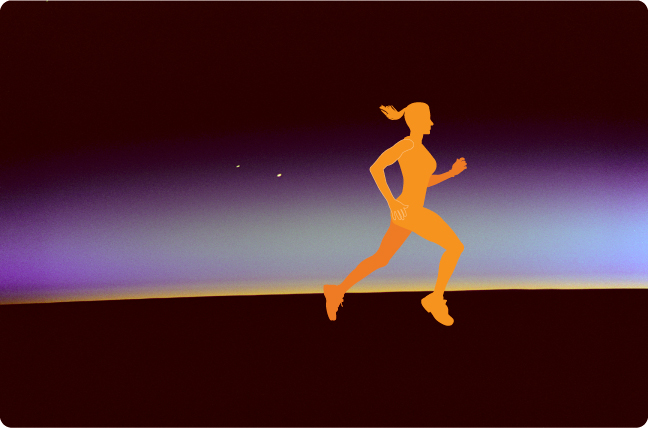 Over the weekend we had another heat wave, with temperatures in the 90s or higher – I was wilted by the afternoon, rendered useless by the heat. The only cool time of day was in the early morning and I made it a point to set the alarm to take advantage of that invigorating freshness for my runs. But that’s about as close as I’ll get to planning ahead for my running, and that’s how it’s been for years. As a result I’m not consistent with my running; the vagaries of my emotions or day’s events control whether I run or not. Mr Neil Armstrong would not be impressed.

The last time exercise was a scheduled event for me was in Basic Training, with 5 a.m. wake-ups and tres-chic military workout gear. Our days alternated with running or strength training in the dark early morning so we wouldn’t be baked by the Texas heat. In 6 weeks I went from hardly being able to do a few push-ups to cracking out 65 in 2 minutes, and running 2 miles in 16 minutes – so I guess scheduling in exercise really works, oh, and having drill sergeants yell at you until they are red in the face, good times.